You are here: Home / Words 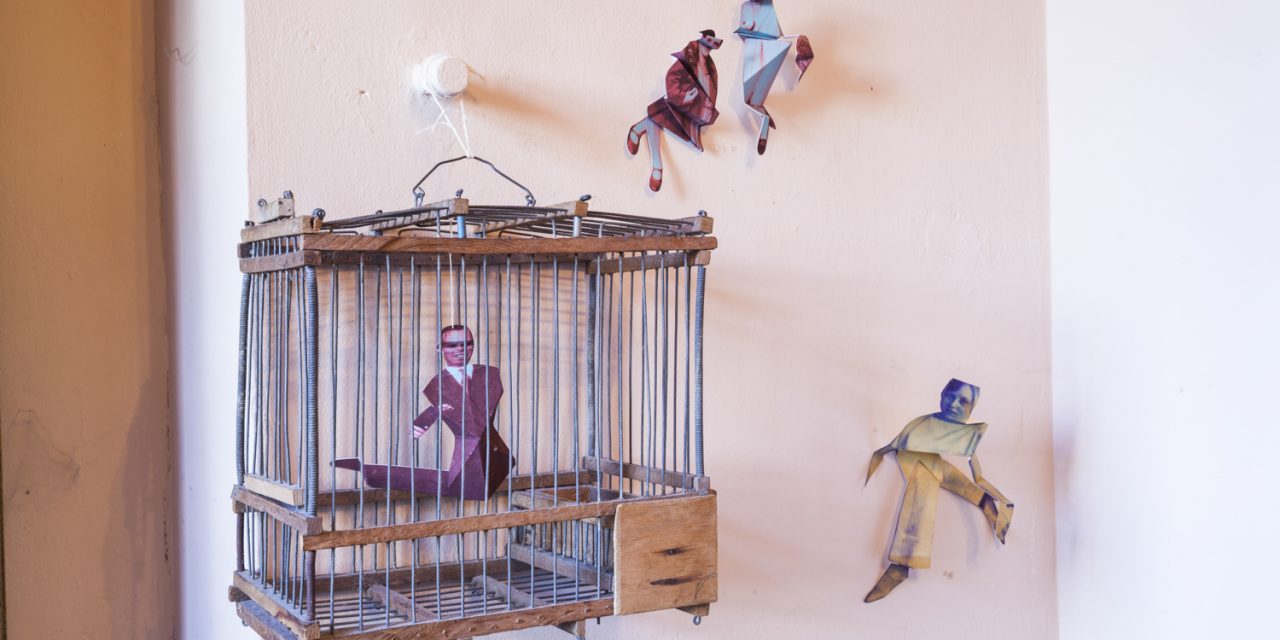 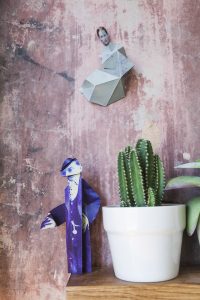 An article by the super talented Nacho Díaz about the exhibition Ghost Weight at Crol & Co in Bermondsey, London. The show is  up until end of March. Read the article in Spanish here,  The English translation will be up soon. 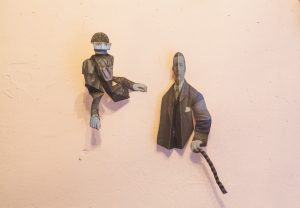 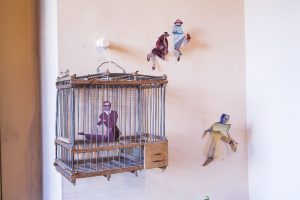 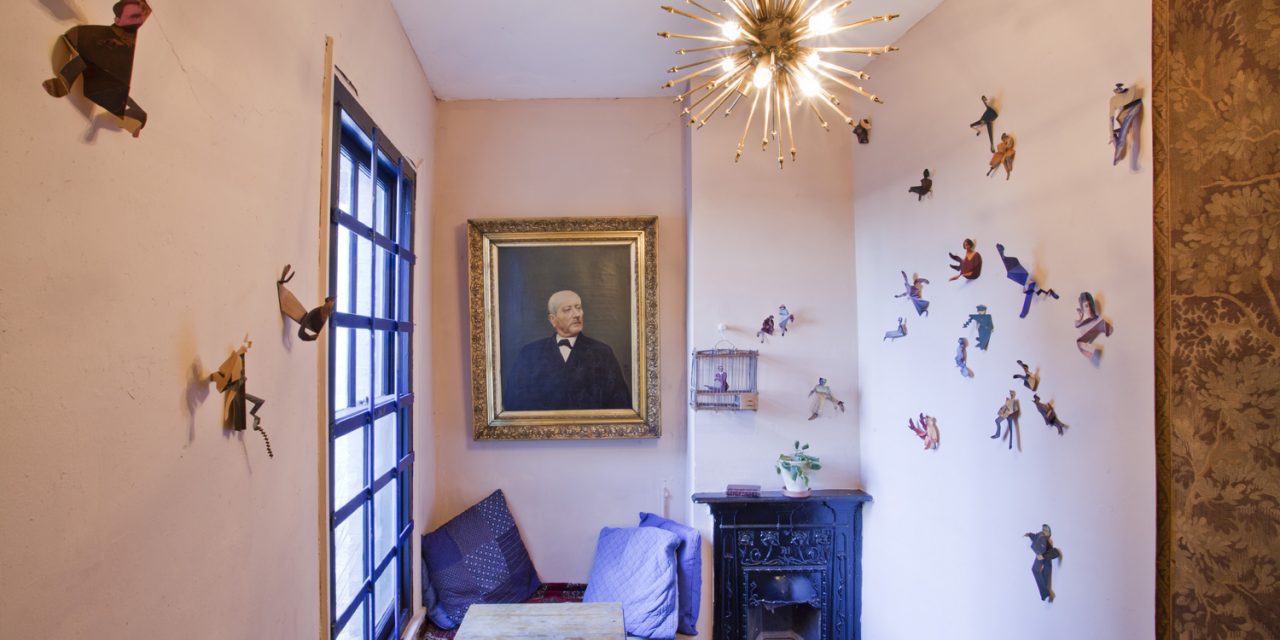 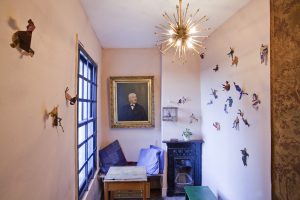 The artist has created a wall-based installation comprised of Origami foldings that meander through Crol & Co’s space. The foldings are made of photographic portraits from different historical epochs. Each person was once portrayed and immortalised by a photographer. The photographs existed as a memory, but, as time passed, they ceased into oblivion and turned up in flea markets or charity shops, where the artist re-discovered them. They are bent and folded into the third dimension in a playful way that gives rise to filigree, nearly weightless objects, space occupations or conceptual spaces.

Ghost Weight explores notions of change and transformation. The space itself, Crol & Co, not so long was a betting shop. It has been transformed into a comfortable café space, while the altered portrait of the reserved Victorian woman has become a femme fatale: a 1930’s gangster looking like a hipster. The 3d portraits are time travellers that meet in the past, present and the future. 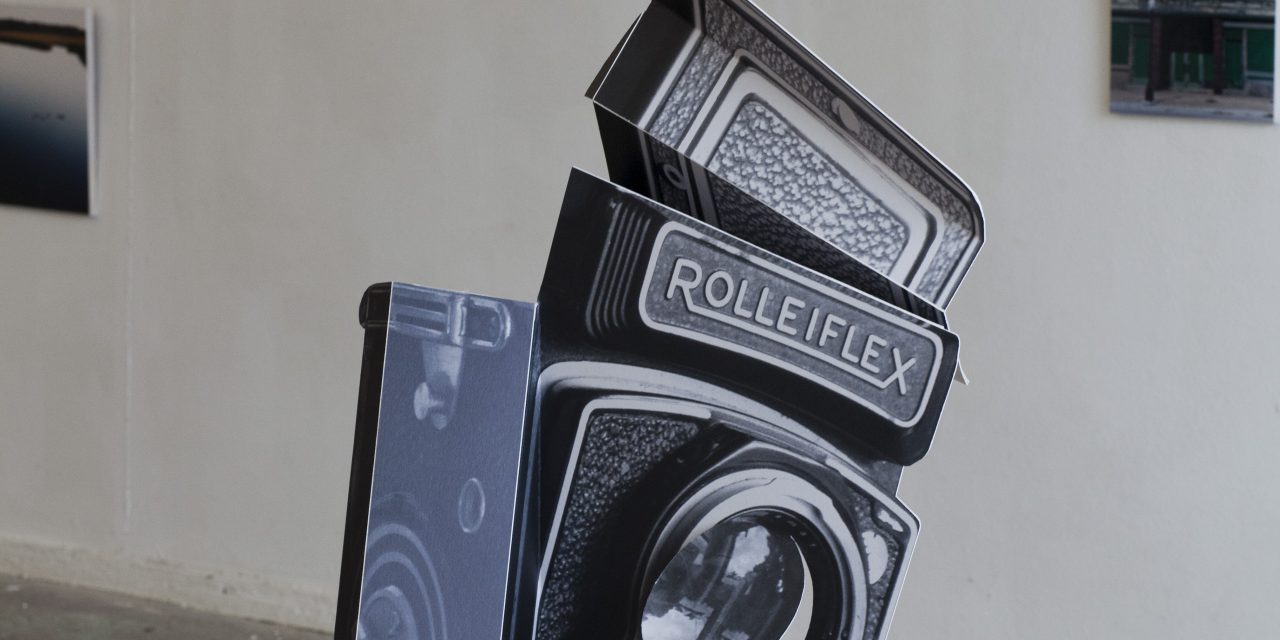 The text that accompanied my work at the exhibition Sea Road at Electro Studios Project Space, St Leonards on Sea, September 2017 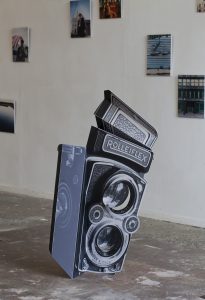 Four days after 9/11, I returned home to New York to find a troubling message from the Memphis Police Homicide Department on my answering machine. They had discovered my business card in the wallet of a Memphis man who had been murdered… A year earlier, I had travelled along the Mississippi River, taking the Great River Road from Minnesota all the way down to the Mississippi Delta where the river flows into the Gulf of Mexico. I made a two-day stop in Memphis, Tennessee in the hopes of procuring a Rolleiflex. I had coveted this special German camera for some time, but had been discouraged by the prices in New York. On a whim, I decided to drop by Hunt’s Photo Supply to try my luck. They didn’t have any Rolleiflexes on sale; however, another customer offered to sell me his. We exchanged business cards and agreed to meet the next evening in the parking lot behind the camera shop. The next night, in an empty Memphis parking lot and with the sun setting behind me, I slid $350 in cash across the roof of my dusty rental car in exchange for a stranger’s Rolleiflex. In the morning, I continued my pilgrimage along the road that ends at the sea, while that Memphis man took a less fortunate journey. 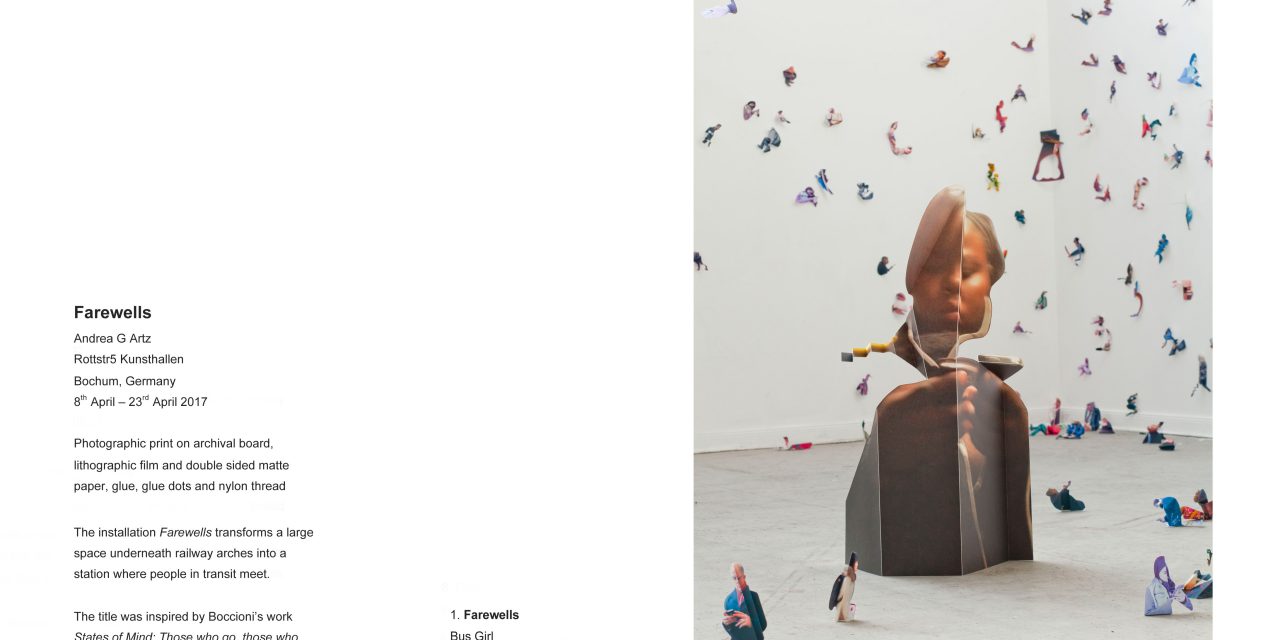 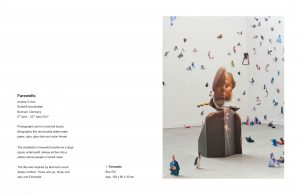 If someone could see the journey that Andrea’s Farewells exhibition protagonists took to Germany, departing from her London studio in her car, they could easily imagine that they were up for the adventure of their lives. Their expectations, however, got even bigger after they crossed the Channel and stopped at the Jungle in Calais to honour the real nomads they were about to become. Not in vain, their faces and their bodies had been chosen in places so different as London or Holland for no other reason than those that made them unique for the artist.

The perfect English gentleman, for instance, with a mysterious stained handkerchief in his suit pocket, spotted on a train to Hastings, could never have imagined that he would end up sharing the backseat of a little VW with a typical South London bus commuter during a revival of those legendary and glorious road trips. Another curious example of extraordinary coincidence, turning the travellers’ encounters into a chance to pass through time and space without even noticing, was Andrea’s ability to introduce her Dutch Girl, photographed in Amsterdam, to some other companions like the modern reincarnation of the ancient Egyptian Seated Scribe, seen somewhere en route to somewhere else, or a Princess Leia lookalike found in the tube not so long ago.

Although all these characters and more than a hundred other three-dimensional cardboard sculptures of different sizes, seemed to reach the end of the journey when they arrived to the exhibition, their gestures, postures, looks and perceived attitudes, clearly showed that they would never leave the transit states they had been picked to perform forever in their viewer’s memory. Perhaps for this reason, the large space underneath the railway arches where the exhibition took place became an intended temple to its Farewells name, stopping and enlarging for the time of its duration the tiny little moment when all travellers, regardless of where they are in the world, realise they are not alone in their journeys and that they will never see each other again.

They were nothing more than travellers, like any other person on a normal journey, mostly minding their own business, playing with their mobiles, typing on their laptops, or reading a book, using the very same public transport where everybody meets, sharing the experiences of going to different places on their own. But for a farewell to exist there must be, at least, a short introduction, a kind of a meeting or a place to gather and interact. Accordingly, Andrea created her sense of eternal departure, transforming the Rottstr5 Kunsthallen Gallery in Bochum, Germany, into a station where audiences were invited to interact with the protagonists taking note of their shapes which, like their journeys, were never the same.

Visitors could easily walk around the sculptures, perceiving their singularities from all angles, allowing them the feeling of becoming immersed in a natural travellers’ crowd, just like the ones they had been trapped in the many stations they had all visited during their lives. At the same time, they were all welcomed by the protagonists with the same minor consideration with which they greeted and departed from each other in the anonymous multitude. Sculptures hanging from the ceiling, standing on their own, or facing the wall marked the characters’ diversities and their states of minds.

Undoubtedly, as she likes to point out, Andrea was inspired by Tolstoy’s quote from War and Peace “… and three times we were thrown back like cardboard figures” to show to the visitors the fragile and unsubstantial cardboard backs of the sculptures, which could be seen from the far end side of the gallery, in order to force them to reflect on the sometimes delicate human nature of the unknown crowds, faced daily, without paying too much attention.

The travellers come from somewhere else, they have all been remodelled in Andrea’s imagination to exaggerate their singularity and, finally, they were placed at the meeting point of the Farewells Station to offer whoever wanted to meet them the chance to revive those other memories that, maybe, other travellers recall from them wherever destiny might have given them the chance to introduce each other. But even if this were not the case and even if they were all to keep the same anonymity common to all stations, journeys and travels, the exhibition gave viewers the opportunity to act like blatant voyeurs, examining in detail the behaviours which otherwise would have remained unnoticed, despite having very powerful meanings.

Several figures seemed to be in a praying position. Apart from the obvious meaning in a station, asking God’s help for a good and safe journey, representing praying in transit can symbolise a thousand good and bad things. Travellers may want to kill the fear of reaching a destination, which somehow had been avoided for a long time, or to increase the hopes for making the journey a success. Something similar happens with the mobile phones and the figures that use them because, depending on who is on the other end, like a god or a devil, the expectations will vary, altering not only the fate of the journey but also the travellers’ moods. 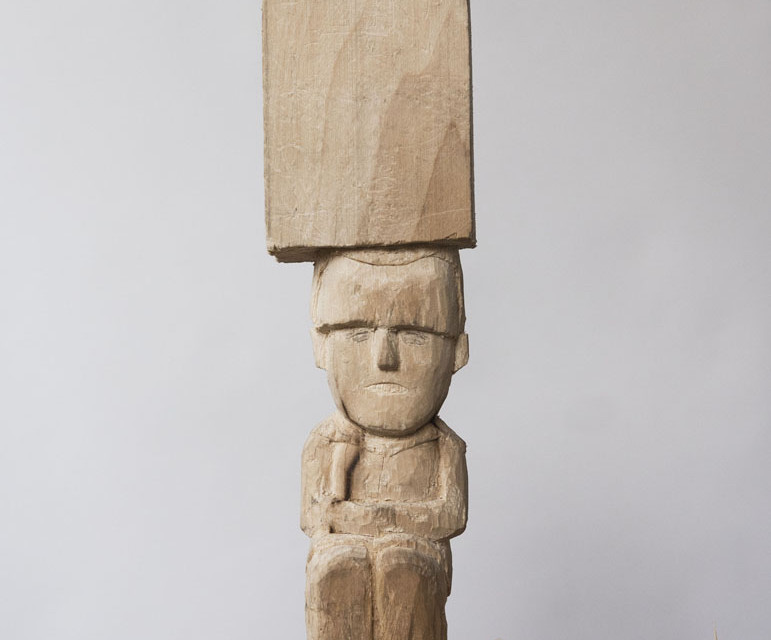 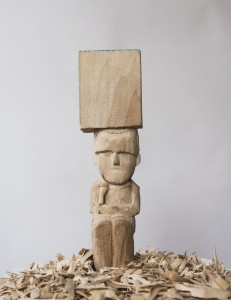 When I arrived in Derby the sky was dark and it started raining and most shops where closed. I had to walk up to New Zealand Square, which lies in a suburb surrounded by cheap housing, not exactly the most beautiful area. The square was just some green grass in the center and 3 boys on their scooters. One of them named Jack, asked what my profession is and I answered: “I am an artist”. Then he asked me to do a drawing of him. He actually was the most perfect model I ever had, holding still for a long time. This square was the most fun experience in Derby I had. Back home I decided to built a monument for Jack.